why self empowerment is
important for success

“IQ contributes, at best, about 20 percent to the factors that determine life success. That leaves 80 percent to everything else. There are many ways in which your destiny in life depends on having the skills that make up emotional intelligence.” (Daniel Goleman)

We typically avoid situations or fields in which we fear we might fail, even if we actually have the abilities it takes to succeed at a job, if we lack the belief that we can handle its challenges, we can start to act in ways that doom us. The thought ‘I can’t do this’ is crippling.

Self empowerment is very important in achieving success, because it is how we deal with failures, challenges, setbacks, and whether we believe in ourselves or not, that will ultimately determine if we will achieve the success.

If we engage in self pity, self criticism, and self judgement after experiencing failure, the can crush our self worth and self belief, and it can make us feel terrified to try again – apply for a new job, start a new business, try a new business model or a meriting strategy, pitch our book to another publisher, send our article to another magazine, give another sales presentation, or compete again on the competition or sport championship.

“Researchers have shown that our success at work or in life depends on Emotional Intelligence 80% and only 20% of intellect. While our intellect help us to resolve problems, to make the calculations or to process information Emotional intelligence (EQ) allows us to be more creative and use our emotions to resolve our problems.” (Science Direct)25

Self empowerment is crucial in the process of overcoming failure(s) and rejection(s). We heave to learn to pick ourselves up, encourage ourselves, console ourselves, and empower ourselves whenever we

experience a setback or a failure, or get rejected by a publishing house, person we have romantic interest in, company we applied to work in, or a potential client or an investor we wanted to work with.

Just because you got rejected by one or more potential clients, romantic partners, companies, investors, publishing houses, agents, or magazines, that does not mean that you are not good enough and that you will never succeed. It doesn’t matter if everyone tells you that ‘you will never make it’ – what is important is that you believe in yourself and your dream, you preserver, you keep on going and/or trying different strategies to succeed, you pick yourself up every time and keep up the faith.

Who Failed At First

In the article published in Business Insider called “23 Incredibly Successful People Who Failed At First”, we can read how some of the most successful people we know of got fired, failed, or were told that they will never be successful in the industry:

* Thomas Edison’s teachers told him he was “too stupid to learn anything”;

* Oprah Winfrey was fired from her first job as a news anchor (because she was perceived to be too emotional while she was reading the news);

* Walt Disney was fired by a newspaper editor because he “lacked imagination and had no good ideas” ;

* Steven Spielberg was twice rejected by the University of California School of Cinema Arts;

* After Harrison Ford’s first small movie role, an executive took him into his office and told him he’d never succeed in the movie business;

* A young Henry Ford ruined his reputation with a couple of failed automobile businesses;

* While developing his vacuum, Sir James Dyson went through 5,126 failed prototypes and his savings over 15 years;

* You may also be familiar that J. K. Rowling was rejected by 12 publishing houses for her book about Harry Potter.

* Arnold Schwarzenegger was told that ‘he will never make in Hollywood”.

What would have happened if these people lost their faith, lacked perseverance, and decided to quit? They would never achieve the level of success that they did and make an impact in the world with their gifts, talents, books, TV shows, movies, art, and business ideas.

Successful people are those who can (emotionally) overcome failures, setbacks, rejections, obstacles, losses, and limitations. They do not get discouraged, or decide to quit after they experience a setback. They believe in themselves, their idea, their vision, and their dream. They pick themselves up after they fall and they keep on trying.

No matter how many times you got rejected so far, failed, or were told that you will ‘never make it’, you can be(come) successful and you can live your dream, if you keep on empowering yourself and keep on going, trying, changing your approach, practicing, experimenting, pivoting, learning, and growing.

Just because you got rejected or fired, that does not mean that you are not worthy, but only that that person, company, client, producer, investor, or publisher was not able to recognise your worth or worth of your product or service (in which case, working on your marketing strategy, resume, brand awareness, or communication skills may be of help).

If you want to learn more about self empowerment, check out my book ‘Self Worth – Women’s Guide To Increasing Self Worth, Self Respect, and Self Confidence’ on Amazon 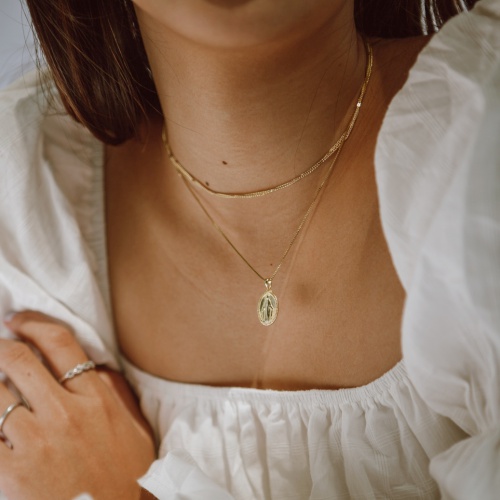 Subscribe to the newsletter and receive the book (in digital format) as a free gift.